In my previous post for the Pop Music Library, I highlighted a panel in a 1965 comic book which showed young women planning to form a band of their own and get one over on their useless boyfriends. By 1995, according to the subtitle of this book by journalist Amy Raphael, the art form itself was being recast by women. Through a series of interviews with female indie and Riot Grrrl musicians, both British and American, the book explores the experiences of women in contemporary music.

The tension at the heart of the book is that many of the musicians interviewed note how fed up they are with being asked to comment on what it’s like to be female in the male-dominated culture of rock. Tanya Donelly, formerly with Throwing Muses and working on the second Belly album at the time of her interview, sums up the frustration best:

This won’t be the last book that’s written about ‘women in music’. Let me put it this way: I want to get to the point where women aren’t treated like. . .giraffes. Like it’s strange that we’re interesting or whatever. It shouldn’t even be interesting at this point that I’m female and do this.

The difference with this book is that the interviews, as well as being in-depth, appear with the full editorial approval of the subjects. The results of this are mixed. Courtney Love expresses herself over 25 pages in a highly conversational, stream-of-consciousness style which occasionally – and oddly – takes a more essayistic turn; British band Huggy Bear, meanwhile, interview themselves and provide lists of their inspirations. In isolation from the music, this doesn’t always work. While the interviews make clear what the musicians themselves stand for and are passionate about, there isn’t always a strong enough sense of what some of the music sounds like if you’re not familiar with the bands in question, and that is a shortcoming. I’d never heard – or heard of – either Sister George or Pam Hogg of the band Doll, for example, both of whom are interviewed here. 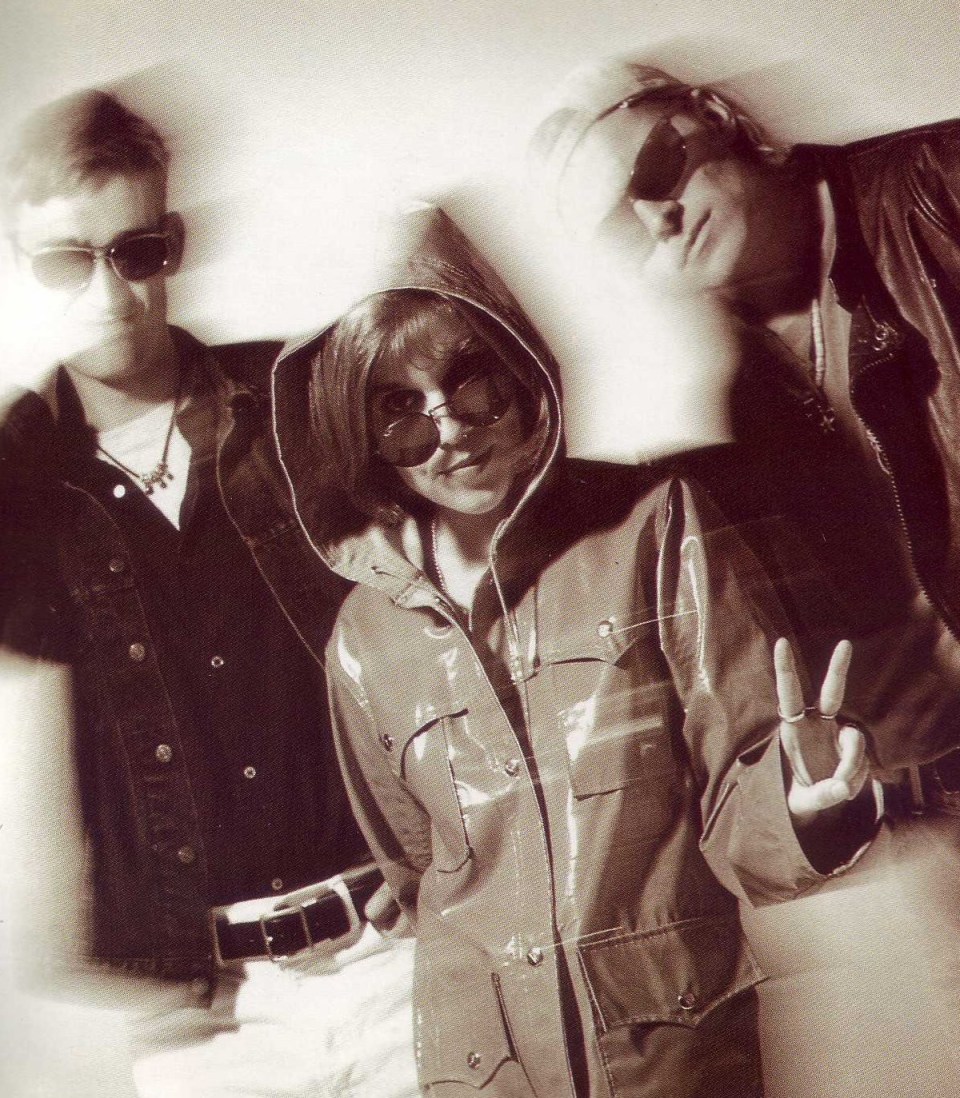 Victorious: Tanya Donelly and Belly on the inner sleeve of Star.

What comes across very strongly is how many of the women in the book didn’t take the notion of music and being a musician very seriously to begin with. Gina Birch and Ana da Silva joked to each other that they’d form a band one day before eventually combining to become The Raincoats, while Björk describes her early work with Kukl – existentialists who made up their lyrics every time they performed – as “a joke.” And it’s as a joke that Tanya Donnelly and Kristin Hersh apparently first formed Throwing Muses in 1982.

It’s the single details within some of the interviews which provide some of the most thoughtful content. Sonya Aurora Madan of Echobelly talks about feeling like “an East-West casualty” as a teenage Indian girl because she didn’t fit in with the expectations of her community. Björk, discussing her determination to make the kind of experimental music she couldn’t hear anyone else making, says her single-mindedness was akin to what she calls “the housewife angle: ‘No one’s going to do the cleaning – guess I’d better!’”

Nina Gordon and Louise Post of Veruca Salt prove particularly good interviewees, especially on the subject of their early musical influences. Louise Post first of all:

The summer before sixth grade, I went to see the Cars. It was when feathered hair was in, Farrah Fawcett-style. I had a huge crush on this guy, who was actually a younger brother of my sister’s boyfriend at the time, and he didn’t notice me or my feathered hair, but the Cars were awesome. [. . .] My best friend, Emilie Lucas, and I got tennis shoes just like Tommy Shaw, who was the other singer in Styx. He had these light brown Nikes and we wanted to dress just like him. We were into arena rock, and we would bring our lighters religiously. 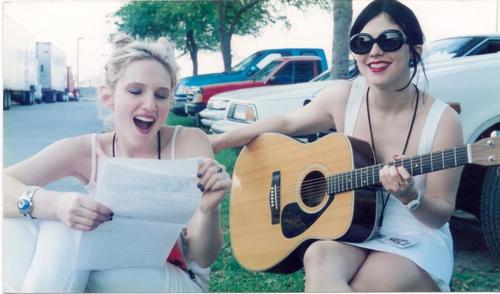 One arm to hold you: Nina Gordon and Louise Post of Veruca Salt.

And Nina Gordon recalls that the creepy guy at school trying to get off with her actually does her a favour by playing her the second album by The Pretenders: 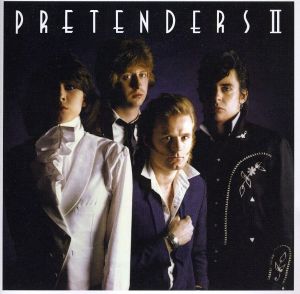 Hynde, Honeyman-Scott, Chambers and Farndon: Messing with the minds of the young.

I heard that voice, saw the picture of Chrissie Hynde with her guitar, and I learned that she had written all the songs. It was really melodic, but really powerful, and there was nothing cute about it. I had this moment of feeling really daunted and alienated – how did she know how to do that?

The first two songs on Pretenders II are ‘The Adultress’ and ‘Bad Boys Get Spanked’, so it’s not surprising that the album left such an impression on her. Chrissie Hynde is name-checked throughout the book as a source of inspiration or of validation, along with Patti Smith and Madonna, and it was a Pretenders’ song title that Virago used for another collection of interviews which came out at the same time as Never Mind The Bollocks, Karen O’Brien’s Hymn to Her: Women Musicians Talk. We’ll return to The Pretenders in print on another occasion, but for now, let’s give Louise Post the last word:

. . .the feeling of just picking up a guitar and making a noise is a really powerful one and why should it be relegated to men – why should men have a monopoly on loud music? Women playing guitars should be just another. . .bold step for womankind.